Fire prevention in care homes – what strategies should be considered?

Following the events of Grenfell Tower, it seems that there is a renewed buzz around fire safety issues once again.  This isn’t new – it seems, unfortunately, that it takes a disaster to suddenly renew public interest in fire safety.
Naturally, this will lead to an upsurge in new business areas and fire and security companies will be increasingly involved in new projects, system updates, and refurbishments.
Those that have been in the fire industry for long enough will remember the Rosepark incident, where 14 elderly residents died at their care home in Scotland after a fire broke out in a cupboard in 2004.  If you think that is long in the past, you only need to filter through the news on the Fire Industry Association’s (FIA’s) website to find multiple stories of care homes that are in breach of fire regulations.  Just this month a care home in Cheshire was fined £50,000 for just two breaches – which shows the severity of the need for careful fire risk management and planning.
For that reason, this article is dedicated to the problems surrounding fitting out care homes with the correct equipment and the maintenance that is required. 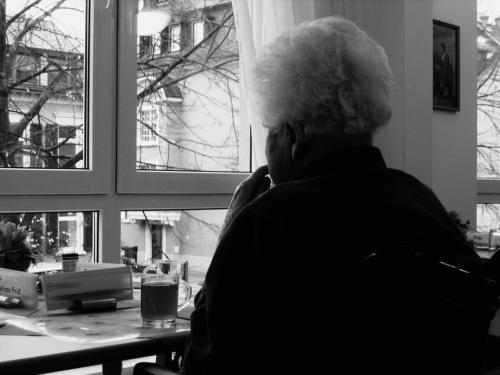 The responsibility to actually plan and schedule the installation and maintenance of any fire protection equipment lies solely with the ‘Responsible Person’ (as named in the Regulatory Reform (Fire Safety Order) 2005) – usually the care home itself.  So, whilst those contracted to the care home aren’t necessarily in the immediate firing line, so to speak, if something goes wrong, there is a duty for technicians and contractors to follow standards and best practice in order to ensure that the highest possible levels of safety are maintained and that the blame cannot be shifted in the event of a fire.

It may be worth noting that a fire alarm contractor was actually fined over £11,000 in 2016 for failure to inform a care home owner of faults within the system, after the court decided the contractor flouted fire safety legislation.
So what things should be considered when fitting out a care home?
The main challenge with the majority of care homes is the inability of occupants to evacuate quickly. Some residents may be bedridden while others will take a significant amount of time and staff support to get mobile. In addition, even able-bodied residents may experience significant confusion upon hearing an alarm and have difficulty finding building exits. When added to commercial pressures on staffing levels it is challenging to ensure a care home could be evacuated fully and safely in the event of a fire.
Clearly then the necessity to detect fires as quickly as possible, before the fire becomes too large to deal with safely, plays an important role in ensuring the safety of occupants.
To this end BS5839pt1 recommends L1 (coverage throughout) fire detection in large nursing homes and many specifications for smaller homes will also specify L1 after the appropriate risk assessment.
The Rosepark incident also lead to BS5839pt1 making two important recommendations. Firstly, that nursing homes with more than 10 occupants should be protected by addressable systems and secondly that they should have an automatic connection to the fire brigade.
The key advantage of addressability in a system is in providing accurate information as to the point of detection. This can be critical in reducing the time taken between detection and the commencement of firefighting either by staff using portable extinguishers or by the fire service if the fire is more significant.
Connectivity to the fire brigade is also an essential point. In the event of fire the staff need to react quickly and may already be dealing with other important issues. Therefore, reliance on staff to make a call to the fire brigade while under such pressure is unreasonable and they are better tasked undertaking their fire action plan.
Such intensive detection coverage allied to automatic connection to the fire brigade leads to the obvious concern of excessive false alarms. Typical sources of false alarms in care homes include steam from showering and laundry rooms, cooking fumes and hair spray or air freshener use.
Often attempts are made to reduce false calls by either reducing detector sensitivity or by introducing delay features into the system. One common response is to install heat detection instead of smoke detection as these are much less likely to false alarm. However, heat detectors only activate when the fire has established itself and by the time staff have responded to the alarm it is unlikely that the fire can be tackled without fire service intervention.
In addition, heat detectors cannot fully protect occupants who are asleep within a room where the fire breaks out as the smoke may well overcome the occupant before a heat detector could respond.  Smoke detection should be used throughout therefore with heat detection only being used where absolutely necessary.

Where thermal detection is the only option it is again essential to maintain as high a sensitivity as possible. Heat detectors come in two basic types, Fixed Temperature & Rate of Rise.  Fixed temperature devices only respond when the temperature at the detector reaches a pre-defined limit. Typically, this is 58oC but higher temperature devices are also available. Rate of rise heat detectors have a fixed temperature limit in addition to a response based on a temperature increase over a certain period of time. The rate of Rise heat detector is normally faster in its response than fixed temperature and should be used as the next best alternative. Occasionally RoR detectors can still false alarm (for instance when an oven door is opened directly below a detector). This can normally be handled by careful positioning of the detector.

With the clear goal of maintaining detection sensitivity throughout care premises the installer is well advised to consider some of the latest multi-sensor technologies now available. This enables smoke detection to be provided where previously only heat detection could be reliably used. Installers should seek the advice of the manufacturers to establish best practice with their products.
A further tendency to reduce false alarms is to introduce delays in calling the fire brigade. BS5839pt1 2013 updated the guidance and recommendations of Clause 19 and subclause 35.2.7 to address the need to avoid delay in summoning the fire and rescue service in residential care premises. Again, the extensive support & time needed to evacuate occupants is the primary concern.
Another key issue regarding the design of fire alarm systems in care homes is the topic of alarming. In some care homes, it might not be best practice to provide alarming for all areas in one initial step. Fire alarms may well cause an unwanted level of disruption to occupants who could then in turn draw support away from critical fire response activity at the very worst moment. Staff alarms and/or zonal alarming strategies might well be helpful.
Any such alarm strategy needs careful consideration based on a risk assessment and with full consultation with all interested parties (Care home management, Fire & Rescue service, insurers etc). BS5839pt1 gives recommendations for such systems and should be a key point of reference for these discussions.
With prolonged evacuation, a key concern for any care home is the control and containment of fire and smoke. Sprinklers were clearly highlighted as a major topic from the investigations into the Rosepark tragedy.
Smoke control systems and passive fire protection are also critical in allowing occupants sufficient time to safely evacuate the premises. Again, the FD&A system has an important role to play. Fire doors are an essential element of passive fire protection and need to be closed in the event of fire. Unfortunately, they are also inconvenient in daily use especially for elderly people and so tend to be held open with electrical door holder units and released in the event of a fire alarm. Final exit doors are also a topic of concern and need to balance the security of residents with the needs of evacuation in the event of fire.
Door release from the FDAS needs to be 100% reliable in all events and should be according to the recommendations of BS7273 part 4. For care homes Category A operation is required and the installer should ensure that all the requirements for this category are included in his system design.
The Fire Industry Association has plenty of useful guidance that can be used for this subject, with a number of downloadable and printable resources available.   Some that may be of particular interest for care homes include:
• FIA Guidance on Fire Alarm Detector Applications and Documentation of the Selection
• Guidance - Application of primary visual alarm devices (VAD) and supplementary visual indication devices (VID)
• Guidance - Selection and Specification of Fire Alarm Category in Accordance with BS 5839-1