Find out how joining FIRESA could benefit your business

Suppliers to the UK Fire and Rescue Services are seeing accelerating changes to the market on which they depend. The rapid and far-reaching transformation of our Fire and Rescue Services will have a dramatic effect on your business and it is vital that each and every supplier to the sector is able to play a proactive role as part of a strong, consistent and influential industry voice as this evolution shapes the future of our Services.

That concerted industry voice is provided by the Fire Industry Association and within that, its FIRESA Council that directs and enacts policy on behalf of the FIA’s fire-fighting suppliers. 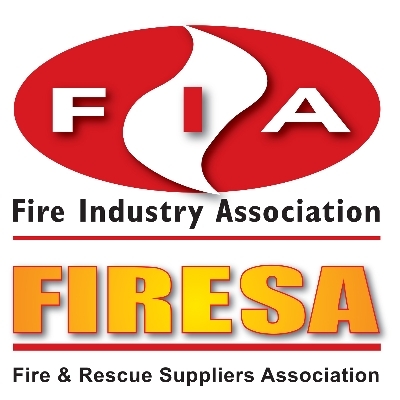 The FRSs have been dealt over 20% cuts in central government funding in the past five years and further reductions are inevitable, resulting in the need to take drastic action to maintain service delivery with less resource. Responses to this reality have already included greater collaboration and infrastructure sharing, a merged FRS ‘back office’, the Wiltshire/Dorset merger, private provision of some FRS functions, growing cases of ‘blue light’ cross-fertilisation and shifts in the types of operational equipment that are being purchased.

The transfer of responsibility for our FRSs from DCLG to the Home Office has added notable impetus to change with Fire/Police collaboration to be enshrined in law, FRA’s optionally coming under Police and Crime Commissioner or Mayoral control and an independent FRS Inspectorate to be established.

The FIA and FIRESA Council is already playing a central role in bringing supply industry influence to these evolutionary processes and will continue to do so. What we would wish to do, however, is to grow our membership at this pivotal time in order to represent fully all suppliers to the sector and, in doing so, ensure that your voice is heard as part of our endeavours.

The wider benefits of joining the FIA are featured on the ‘Why Be A Member Of The Fire Industry Association?’ page which is available here. As persuasive as we believe this is, we wanted to say something more about what we are achieving specifically on behalf of our current fire-fighting supply members and why, therefore, it is important that you should be an integral part of what we will continue to achieve now and in the future.

With all of this going on and lots more besides, I hope you’d agree that joining us at the FIA represents a terrific opportunity to engage in the vital work that we’re undertaking on behalf of fire-fighting suppliers. This is your chance to be an active influencer rather than an observer and to enjoy the benefits that we have to offer.

Some Recent and Current Activities of FIRESA Council

What To Do Now

Contact us to ask to speak to our Chairman Derek Gotts, our Membership Champion Lesley Wardle or indeed any FIA or FIRESA Council Member.