What's on the new qualifications? 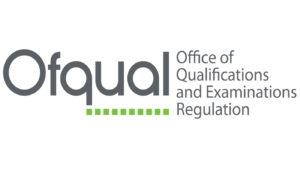 The FIA, in conjunction with the new Awarding Organisation for the fire industry, the FIA AO, is going to be releasing not one, but four new formal qualifications in fire detection and alarm systems later this summer.

The new qualifications in fire detection and alarm systems will be officially launched at FIREX this year (20-22nd June, ExCel, London).  There will be a range of seminars and workshops to help you understand more about what is actually involved, as well as a large FIA networking bar, where you will be able to meet with FIA staff and ask questions 1:1 (over a beverage, if you like).

But before we talk about the actual content of the qualifications themselves – what actually is the FIA AO? 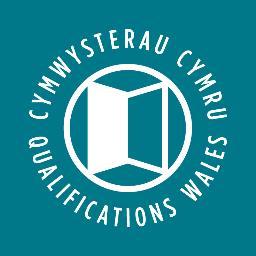 assured by OFQUAL, QIW and CCEA specifically for the purpose of setting qualifications. The same regulators are responsible for the standards adhered to by the awarding bodies of GCSE’s, A Levels and vocational qualifications studied through schools and colleges nationwide.

Ian Gurling, Manager to the new FIA AO, explained how the qualifications were initialised:

“To get the qualifications off the ground, we started off with gaining recognition for the FIA with the regulators to be an awarding body – an awarding organisation as they call us – to essentially set up a new company within the FIA.  The regulators wanted us to set it up outside of the FIA with its own offices, but I managed to persuade them through proving our integrity, and our corporate governance, that we could do this within the organisation and still have a training arm as well.”

As for the qualifications themselves, the FIA AO has developed 4 qualifications each for the job roles of installer, maintainer, designer, and commissioner of fire detection and alarm systems.  Each qualification is made up of 4 units, and all 4 units have to have a pass recorded against them in order to achieve the qualification.

“The first unit is a Foundation unit, which is covers the common aspects of fire safety across all four roles including legislation and guidance, technology and how they relate to each other. – we’ve also tailored them to account for regional variations so if you’re in Ireland for example we include IS 3218, and so on and so forth for the various standards and requirements,” explained Gurling.

“Once you’ve completed the Foundation you can complete the other units in any order you want.  We have a Health & Safety unit, and an Environmental unit – so in that [the Environmental unit] we’re covering the environmental impact of a fire alarm system; for example, how to transport and handle ionisation detector heads how to handle gaseous systems if you’re working on them in any way.

“We’ve also got the role specific advanced unit for the design, install, maintain, and commission.  Once you’ve got all four units recorded as a pass, you’ve got your qualification.”

So what level of detail do the qualifications go into and what sort of technical content can we expect?

The qualifications call for an in-depth technical knowledge, so it’s not just a simple matter of knowing BS5839 or IS 3128 or 7671 actually say (or any other number of standards on the syllabus for the qualifications) – technicians will have to be able to apply that knowledge.  So it’s not just a matter of knowing them and being able to read them, it’s understanding how to interpret them as well.

“A lot of depth of knowledge is going to be involved in the qualifications,” said Gurling. “The implications of the system as it is attached to the fabric of a building – how does it affect passive protection, fire stopping? How does it affect or is affected by evacuation strategies? All of that is brought out in the new qualifications.”

The difference here is that technicians will be able to develop professionally much further than before, because of the level of thinking required for the qualification.  No longer will technicians simply be able to perform the various tasks that they need to carry out – they will be able to use their knowledge of standards and legislation to know why certain things need to be done a certain way.

No longer is it a case of knowing what to do – it is 2017 and it is all about knowing why you’re doing it.

The important thing to note here is that the study required for the qualification is much wider and the examinations are set externally by the Awarding Organisation, so it will be impossible to ‘teach to the test’, meaning that candidates undertaking the exam must really have absorbed the knowledge and understanding in order to pass.

Unlike during any other form of training, where assessments are just a test, the qualification examinations are a much more formal process.  The benefit here is clear: a formal exam means that candidates must demonstrate not just that they can parrot out the information they have been given ad nauseum, but be able to analyse, apply, and answer the examination questions correctly.  Hopefully, this will mean that technicians will be able to do the same once they are out working in the field, using their new knowledge and deeper understanding to analyse and solve problems.

“We’ve developed a system now, where the formal examinations going to be conducted electronically,” said Gurling.

“Learners are going to be provided with a tablet, and they’re going to be asked to log-in to their own assessment paper online.  That assessment paper will then be conducted live and the learner will receive a pass/fail result at the end of it. That pass/fail result is provisional only on possible necessity that I need to investigate the conduct of the exam, in which case, learners will be notified.  Otherwise, after 2 weeks, that result is confirmed.”

If you’re wondering about other forms of training currently available from the FIA, and whether it is still relevant, be in no doubt that it absolutely still is as beneficial to technicians in the fire industry as it ever was.

“The existing FIA units are incredibly valuable,” commented Gurling.  “They serve the industry very very well and they remain just as relevant and current as they ever have done.”

Technicians undertaking current FIA training courses will still gain indispensable knowledge that will help them on the road to success, and whilst they might receive a certificate of completion, that unfortunately doesn’t make them ‘qualified technicians’.  This is a phrase that gets bandied around a lot within the fire industry, but as from the launch of the new qualifications, only those that have actually undertaken the qualifications and passed successfully will be able to use the above moniker as a badge of proficiency and professionalism.

Current FIA training courses remain popular due to their high level of technical knowledge and recognition within the industry among employers and technicians across the board.  The standard is high and well respected – but the qualifications go one step further, increasing the amount of content delivered, and the amount of time spent in the classroom developing that knowledge and understanding.

From now on, a higher bar has been set for the industry to increase the level of professionalism throughout.  However, if you’re still wondering whether the new qualifications will be right for you, the FIA are exhibiting at FIREX International (20-22nd) June this year, with a full programme of seminars and workshops where you can listen to presentations about the new qualifications, pick up a brochure, or drop by the FIA’s networking bar to ask FIA staff a few questions in an informal setting.

For more information, visit our events page, or find us on our brand new Facebook page.

>>Learn more about the FIA's new qualifications at FIREX>>