The FIA Continues to Grow – Huge Milestone of 1000 Members Reached

What a year it has been.

Change has been affecting us all in a range of ways and continues to do so.  With the rollercoaster ride of a pandemic and economic uncertainty, we have all been forced to diversify in one way or another.

It may please you to know then that some things don’t change.  In fact, some things just get better and better.  In the midst of all of this, one thing has been quietly growing – the FIA membership base.  We are extremely excited to announce that the FIA now has over 1000 member companies.  These are not just any companies; all FIA members have to prove they hold third party certification.  Membership of the FIA serves as a benchmark of competency and best practice within the industry. In addition to achieving 1000-member companies, we have also amassed over 30K followers on LinkedIn.

This is great news for our members as the larger the FIA is, the greater our collective voice is and the more clout we all have to effect change in the fire industry for the benefit of all.

How did we get here?  Let’s roll back the clock a decade...

At the beginning of 2010, the association consisted of 400 member companies.  Since then, the membership has attracted around 100 companies per year.  Once the leavers are taken into account the overall growth can be seen in the graph below.  We regularly review the membership and remove any companies that no longer hold third party certification.  This further strengthens membership for all of our remaining members.

FIA MEMBERSHIP GROWTH OVER THE PAST DECADE: 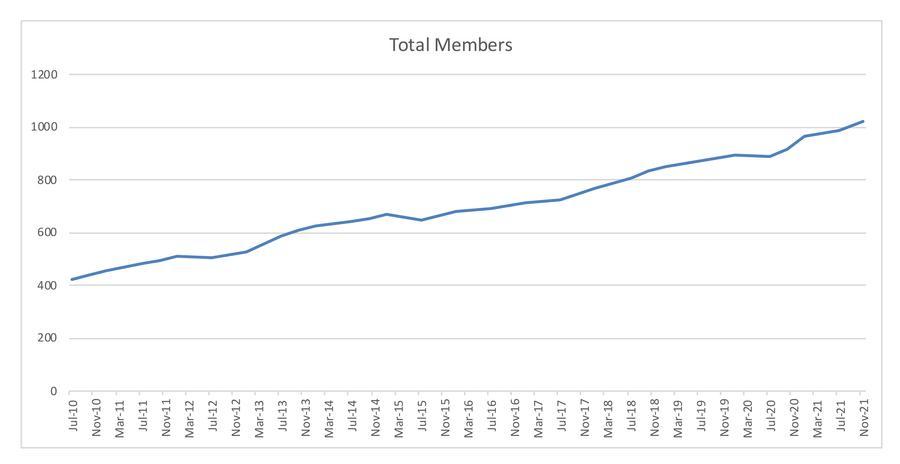 In April 2013 the FIA welcomed in FIRESA (The Fire & Rescue Suppliers Association).  This increased the membership by 50 companies representing the largest single growth event.  FIRESA is now one of the 7 FIA councils.

In 2015 the FIA implemented a new CRM and website which led to a full audit of the membership data.  The opportunity was also taken to re-emphasise and tighten up the membership criterion of third-party certification.  Consequently, we had to say goodbye to 49 member companies, many of which have since re-joined after gaining the relevant certification.

Fast forward to Wednesday 14th June 2017 and one of the worst tragedies in the history of the UK fire industry happens at Grenfell Tower.  This served as a huge wake-up call to companies working within the industry and highlighted the importance of competency and how to demonstrate it.  One of the results of the tragedy was a tightening of standards leading many insurance providers to start specifying third-party certification. This, in turn, forced many companies to open themselves up to being audited under UKAS accredited, third-party certification schemes relevant to the type of work they carry out within the industry.

As already mentioned, for many years prior third-party certification had been a core message and one of our criteria for membership.  As the pool of companies holding the relevant membership criteria grew, so did the membership, meaning there were more and more certified companies at the heart of the industry, surrounded by everything the FIA has to offer in terms of best practice, training and support.  As seen from the above graph, there is a noticeable increase in the rate of membership growth from this period onwards.

In 2018 we further bolstered the offering to members by upgrading our training courses to FIREQUAL regulated Level 3 qualifications who in themselves are regulated by OFQUAL.  This quickly became the industry standard and was a further driver for membership growth as more and more companies were looking to take advantage of the considerable training discounts.

Then we come to 2020 and the last thing anyone expected – a pandemic! Just when things were going so well!

The FIA membership year begins on 1st April, and so the lockdowns could not have come at a worse time.  The result was the largest number of companies deciding to not renew their membership in the history of the association.

We firmly believe that Associations exist to represent and protect their members, never more so than when a crisis comes. With the pressure on, the FIA team stepped up and accepted the challenge, when many others were shutting their doors.  The first thing we secured was key worker status for fire safety professionals thereby enabling the industry to carry on with vital life safety work.  The next focus was training.  Within 2 weeks of the lockdowns being announced our full portfolio of training courses was available online to ensure that the industry could stay on track with the personal development of their field technicians.

We then launched a portfolio of online CPD sessions aimed at the large number of professionals who were stuck at home during the lockdowns.  Many of these were free to attend and was our way of giving back and supporting the industry.

This was just the beginning.  Our marketing output increased tenfold.  This resulted in another milestone achievement of 30K Linked In followers.  To put this in perspective the FIA now has more followers than some household names such as Jaguar Land Rover UK.

The sum total of all this effort is that the 2020/21 membership turned into the most successful in the Association’s history and the 21/22 period is continuing in much the same vein.  Many of the members who left in March 2020 have since come back into membership and many companies left floundering in the industry were quickly drawn to the FIA.

151 companies came into membership during the most testing time any of us have ever faced.  This is a testament not only to the extra gear found by the FIA Secretariat but more importantly the strength, dedication and professionalism of our member companies.

From us at the FIA to all of our members, we wanted not only to take this opportunity to share this information with you but also to thank you for supporting and actively participating with the FIA in our mission to improve our industry for all.