Less than 12% of businesses within the fire industry say that Britain’s exit from the EU will positively affect business in the coming months and years.  This follows a survey conducted by the FIA on Friday, following the result of the result of the referendum to leave the European Union.

The survey, which polled members on their views of the result of the referendum, which had 179 responses from businesses across the UK, showed a strong view on the uncertainty of the future of the UK as a whole, and what might happen next for businesses.

“The immediate uncertainty appears to have already had the effect of delaying investment decisions, which will of course impact on construction and other projects. The long-term future is less clear and would depend upon the exit 'deal' reached with the EU,” said one responder.

In other instances, it seemed as though the impact of the decision to leave the EU has already had an impact on some businesses, as uncertainty about the future is causing a level of caution surrounding business decisions.  With the Financial Times reporting that ‘the pound slumped to the lowest level in 30 years on Friday, tumbling as much as 13 per cent’, and many banks expressing their concerns for financial investments in the future, it is no wonder that many businesses are now reconsidering their plans for the future. 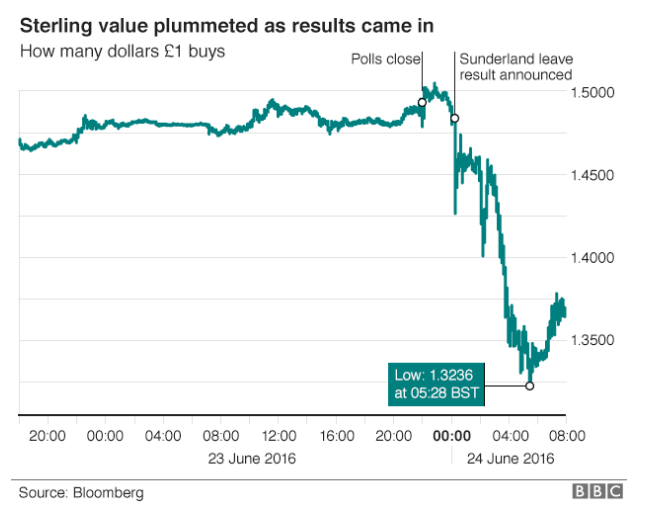 “[Our] clients and consultants appear to be cautious about future works at this time; [we] have noticed a severe drop in enquiries,” said another responder to the survey.

Others were worried that the decision to leave the EU would lead to a second recession in 2017, which would be the second recession in the UK within 10 years, following the more recent period of relative stability that most businesses had enjoyed until this point.

“Immediate impact on economy will be negative, reduced investment by overseas firms and potential for recession in 2017 [sic],” said one business, commenting at the end of the survey.

However, other responders to the survey voiced that the break from the EU will have little to no impact on their businesses, particularly if they only operate within the UK or on a local basis.

“All our work is regional typically within England with UK manufactured products and cannot foresee any reason in why leaving the EU will affect our business,” replied one business.

“We only operate locally. Unless there are changes away from EN54 [it would be] difficult to see where this may affect us,” said another.

“We only install within the UK so can’t see any problems at this stage,” added another responder. 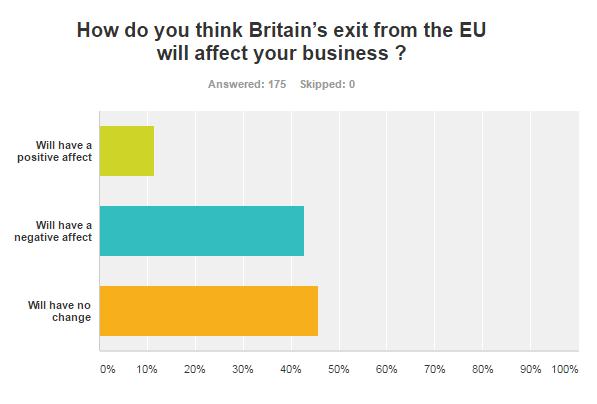 However, the results of the survey suggest that much like the divide running up and down the entire United Kingdom between the Leave and Remain voters, who voted 51.9% to leave the EU and 48.1% to remain, the survey by the FIA shows a similar trend.  Of those that were polled, 43.02%, stated that the vote to leave the EU would have a negative impact on their business, whilst 45.81% said that there would be no change and business would continue as usual.

With the majority of respondents having a fire related turnover of £1 million or less, the survey clearly captures a snapshot of the opinions of SMEs within the fire industry, as only 11.17% of those surveyed felt that the decision to leave the EU would benefit their business.  The most common key word throughout all the comments that we analysed was ‘uncertainty’ about the future, and concern over investments already made, and whether Europe would still continue to trade with the UK following the future exit from the European Union.

Of those 11.17%, some comments were clearly in favour of leaving the EU:

“Short term I do not see there being too much effect. Long term I think UK Business will benefit from leaving the EU.”

“The UK's economy is strong enough to survive without the EU,” said another.

Other comments could only speculate or suggest how business may or may not change:

“I don't see that being in the EU has any current effect on business, so why would it change?” questioned one responder.

“There could more money available, less regulation from Europe, better standards,” ruminated another.

However, despite this, many respondents to the survey who responded on Monday morning, following the full impact of the media coverage over the weekend, spoke of the doubt about the future now that David Cameron has announced his plans to step down as Prime Minister. With delays to the actual negotiations about leaving the EU and no clear path as to who will take the lead to negotiate the terms and conditions of Britain’s exit, there is a huge lack of clarity for all in the coming months.