Within the survey, misconceptions surrounding fire doors include:

Additionally, 56% past and present care home workers claimed they have reported fire safety concerns and 51% were dissatisfied with the actions taken to amend the issues.

Helen Hewitt, chief executive of the British Woodworking Federation, commented, “These highly concerning findings underline how crucial fire safety is, and the fundamental role that fire doors play – especially so in light of recent instances of damaging care home fires which have threatened the lives of residents."

It comes months after the news from London Fire Brigade that inspectors discovered serious fire safety failures in care homes across the capital after visiting 177 institutions. 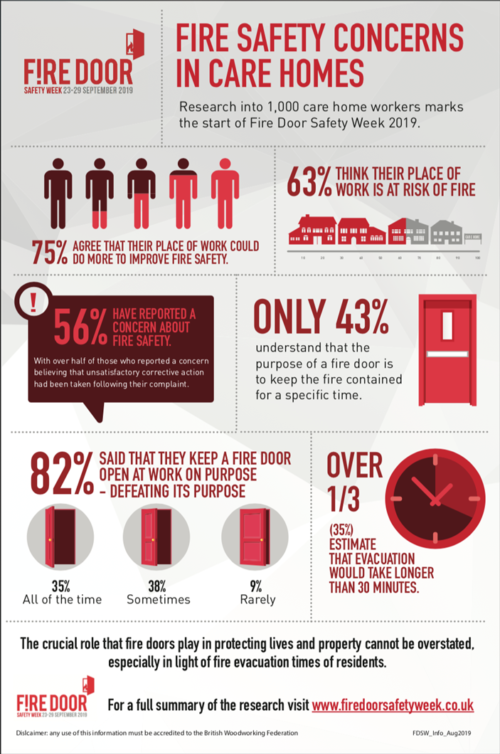