Why do we need Chartered Fire Engineers?

What even is a fire engineer anyway?  Why should we care whether they have chartered status or not?  Why is that even such a big deal?

“Even my wife doesn’t know what I do!” smirked Jon Pagan, chairman of the Fire Engineering Council, in an interview here at FIA HQ.  “In fact, most people have no idea.”

Jon is a fire engineer.  After a series of long, complex explanations involving doodles of big buildings in my notebook, I began to see the bigger picture.  Fire engineering is not just about making buildings safe; there is a wide range of skills needed.  Fire engineers need to have an in-depth knowledge of British standards of fire safety, how fires behave, and also the behaviour of people in emergency situations. 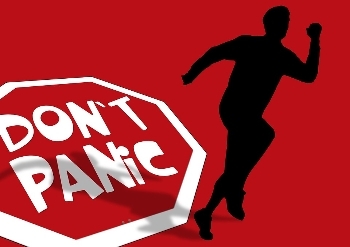 In simple terms, fire engineers look at the plans for a building and help to decide how people will evacuate in the event of a fire.  They can also advise how many fire exits and fire escape routes will be needed, depending on the size and scale of the building.  But that really is just the tip of the iceburg and it is clear that they provide so much more.

Fire engineers can actually enable architects to design more freely, as the fire engineer can apply engineering principles to a design and not just doggedly follow conventional building codes.   You really should read Jon Pagan’s article to find out about the complexities of the job, because he explains it so much better than I ever could.

But why is it so important for fire engineers to aspire to reach chartered status?

Let’s put it this way: would you trust someone who wasn’t fully trained to replace the engine in your car?  Would you let anyone in the street with a pair of scissors give you a haircut?  Probably not.  You’d want some sort of assurance that the person you chose to employ had some level of competence and expertise in the area.  And it is the same for fire engineers.

In this month’s Fire Engineering Council meeting, the point was aired about needing more fire engineers to gain chartered status in order to move the industry forward.  As it stands, most young graduates in the sector would expect to become chartered engineers, but there is a definite shortage in the meantime that really needs more fire engineers to work towards becoming fully chartered.

But why bother with chartered status if you’re already a fire engineer getting a decent amount of business?

Good question.  I’m glad you asked.  Essentially there is a huge need in the fire industry for quality control.  We need to be actively raising standards within the industry in order to set an appropriate benchmark for all within the sector.  Raising standards helps to build in trust with clients and will likely lead to better future prospects.  Clients want someone with skills that they can see, and if having the letters ‘CEng’ after your name can give you a higher rung to stand on, then you can use it as leverage towards building trust in current and future clients.

In a world where the internet rules, and absolutely everything is being reviewed by users and buyers online, wouldn’t it stand unchartered fire engineers in better stead if they did consider becoming chartered as an option?  Recommendations from colleagues and peers within the construction industry are the norm, and if you can prove your knowledge and expertise with an extra qualification, you are likely to be recommended more often. 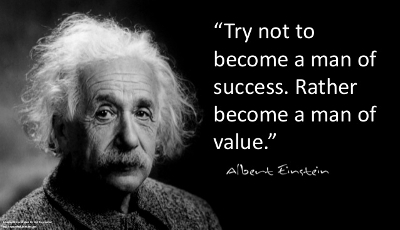 It certainly is food for thought.  Fire engineers should always be looking for new opportunities to showcase their skills and win bigger and bigger contracts.  It’s always a good feeling to watch your business go from strength to strength; ultimately we should all have a growth mindset in order to succeed.

What really rang true was something one of the members of the Fire Engineering Council said: ‘Chartered fire engineers shouldn’t just follow British standards, they should be expected to exceed them’.

The challenge really has been set.

As Einstein once said, ‘Try not to be a man of success, but be a man of value’.  And a man (or woman) has value when they can prove their competence.

So there you have it.  Now is the perfect time to take up extra training and show your true potential to your clients.  After all, it is only really through true determination to succeed and a focus on professional development that anyone ever really achieved anything.