What would a qualification in Fire Detection and Alarm Systems look like?

There is so much talk about the need to have a formal qualification – a lack of skilled fire alarm technicians, very few young people entering the industry, companies left right and centre struggling to hire and keep hold of more experienced technicians, and other companies just jostling for that one extra cherry on the top of the cake that might tip the balance in their favour and pull in extra customers.

But no one so far has actually considered what a formal qualification in fire detection and alarm systems might look like.

With so many different job roles, there are many areas that need to be covered.

Think about it for a moment.  What does a fire alarm maintenance technician need to know compared to a system designer?  What about an installer, or a commissioning technician?  These are all different areas with a significant amount of overlap, yet also with a different knowledge requirement for each job function.

Is it feasible to have a ‘one-size-fits-all’ approach to fire detection and alarm?  What would each person in each job role need to know?

I’m glad to say that after getting the results back from a survey we sent out to members, we have a much clearer insight into this question.  We also held a ‘Voice of the Customer’ day, where members were invited in to tell us what areas would need to be covered for each job role.  In addition, members also considered the lack of a career path for joining the fire industry.

The results of the survey state what the top areas of learning would need to be for each job role, whilst the Voice of the Customer day allowed members to voice their opinions and help suggest the paths of study.  Here’s a quick run-down:

15 topic areas were revealed to be important in this job role.  A basic grounding in electronics may be required, as unfortunately this is not a required subject at school and those joining the industry don’t always have first-hand knowledge. 98% of those surveyed stated that understanding BS 5839 was necessary (no surprise here), but a qualification would have to give a good solid foundation in the whole standard, as well as cover the maintenance standards in greater detail. Other areas such as waste management, communication and sales skills, simple design principles, and BS 6266 (Fire Protection for Electronic Equipment) were also highlighted.

Additionally, other areas that are not covered by the current FIA training were pointed out by members at the Voice of the Customer Day, with 87% stating the Health & Safety at Work was important.

The survey also revealed some other topics – documentation/certification (91% said this would be required); testing methodology (90%); fire detection & alarm technology (75%); and a strong grounding in current fire legislation such as the Fire Scotland Act and the Regulatory Reform (Fire Safety Order) 2005 (67%). 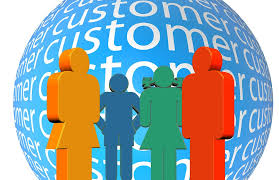 The Voice of the Customer Day revealed some useful insight – that it should not be a requirement to be a maintenance technician prior to being an installation technician.  In fact, it was revealed that installers often moved into maintenance later.  As such, the level of knowledge should still be high, but less topic areas were required.

For the installer, 8 topic areas were compiled compared to the 15 topic areas for the maintenance technician.

Again, no surprises here – the survey revealed that 96% voted that both a broader understanding of BS 5839 was required, as well as a focus upon the installation and testing standards, which should be covered in greater detail.  88% felt that Health & Safety at Work were important; members attending on the Voice of the Customer Day also confirmed this, stating that an awareness of asbestos and working at height would be needed.  As with the maintenance technician, a need to cover system documentation and certification was also going to be necessary for a qualification for this role.

In order to be completely up to date with current technology, ‘electrical competency should also cover Electronic principles and data communications, possibly as separate areas.  Communications is changing; installation engineers in our sector need to have an idea of IT infrastructure and data connections such as Ethernet/fibre optics,’ said one survey responder. 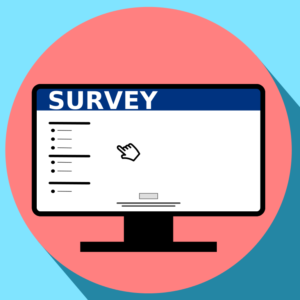 The role of the designer was assumed to be a much more advanced position by the group at the Voice of the Customer Day – not just standards relating to fire safety systems, but also current legislation, current fire guidance, and building regulations.

A system designer needs to know a lot more than an installer or maintainer and therefore the amount of study required would be considerably more.  90% of respondents to the survey said that understanding building design was essential to the role, along with 83% stating that understanding building regulations were important.  Clearly a working knowledge of the built environment is vital to the role and therefore that aspect would need to be studied.

But there were also many other additional skills such as an ability to use and understand CAD (Computer Aided Design), an understanding of the Equality Act, as well as a need for soft skills such as communications and sales and Heath and Safety.

A qualification for this career path would need to cover a wide range of areas and be robust enough to give the designer a starting point for his or her future projects.

There were a number of different opinions expressed about whether a commissioning engineer would have been an installer or a maintainer prior to becoming a commissioning engineer.  Those at the Voice of the Customer Day felt that this would not be a job role taken upon entering the industry; most would have been a maintenance technician or installer prior.

However, one responder to the survey was keen to point out that ‘it is possible that commissioning engineer comes from a different trade, e.g. communications, so would have to be trained [sic]’.

Skills for this role are likely to be similar to the maintenance technician or installer, but with a few slight differences.  The results of the survey were very clear – 100% of respondents said the BS5839 commissioning standards would be required; 95% felt that there was a need to have a foundation level understanding of the whole of BS5839; 94% thought fault finding was a necessary skill; 87% thought false alarm management and simple design principles respectively were important; whilst another 80% wanted their commissioning technician to have instructional techniques.

Electronic knowledge here was not seen as quite so vital at 62%, but this was still more important to the commissioning technician than the maintenance technician – of which only 47% thought electronics was an important skill. 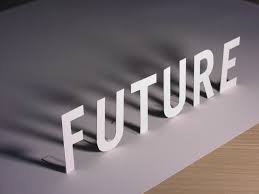 The future of the fire industry certainly does seem to hinge on the need for those working in fire detection and alarm systems to be more comprehensively educated.  There also needs to be a pathway for new people to join the industry, whether they are career changers or coming straight from college.

What we did discover is that there is a lot of crossover of potential areas of study, but different job roles have different learning needs within the same sphere of knowledge.

A qualification might be just the thing to open the door, but it is up to the industry to walk through it.