The BRE report ‘Live investigations of false fire alarms’ noted that the 2015 False Alarm project investigation  conducted by the joint initiative of Scottish Fire and Rescue Service and alarm experts from FIA and BRE, indicated one cause of false alarms can happen during the weekly test where the fire alarm system is connected to an Alarm Receiving Centre (ARC).

“It was observed that on a number of occasions during weekly testing of the FDFAS, the Alarm Receiving Centres (ARC) were not notified of a test. This led to the signal from the premises being treated as a real fire alarm.

This false alarm cause had been observed during the previous BRE false alarm study, with BMKFA reporting 4.1% of false alarms (270/6612 incidents from June 2009 to April 2013) occurring because, “Somebody conducting weekly test of the system but not taking it off-line.” This is a similar level to those reported in this study (6.5%- 426/6600), suggesting that this elementary breakdown in communication probably occurs throughout the UK.”

FIA Fire Risk Assessment, Services and FD&A Councils have developed a recommendation for a label to be placed on/at the fire alarm panel to remind end users to advise the ARC when the weekly test is being carried out to avoid the signal being considered as a fire and passed to the Fire and Rescue Service.

“This simple idea could save thousands of unwanted fire signals, with a visual reminder to the person doing the weekly test” said Martin Duggan, FIA General Manager “However, the devil is in the detail and Council’s were worried about changes in maintainer of the systems, whilst noting that not all systems are connected to ARC’s. We have developed FAQs around this subject and we suggest members develop their own labels and discuss the idea with their customers who are connected to ARC’s”. 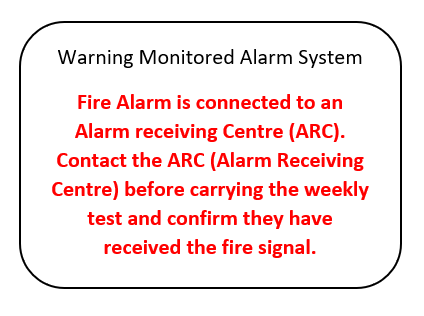 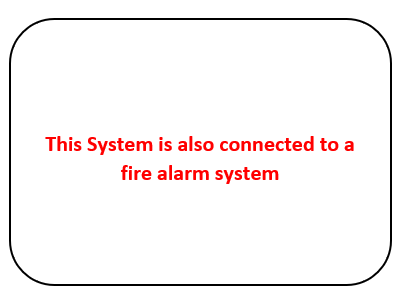 The wording above is only a guidance and the members are recommended to create their own labels/signs.

How to Cut False Alarms?