The history of qualifications in the fire industry

Why haven’t qualifications for the fire sector worked before?

High standards.  I think we can all agree that those are something we all strive for.

As for qualifications within the fire industry, well maybe not so much.  Despite all the noise and clamour of the industry beating our drum over the need for a qualification to improve, gain, and maintain high standards of knowledge and competency, the road towards qualifications for the industry so far has been a rather short and bumpy one that seems to drift off into nothingness.

At the moment, there isn’t a qualification for the fire detection and alarm services industry.  Neither is there one for portable fire extinguishers.

Yes, oh.  You might well be disappointed at this stage – despite the FIA asking the government for some time in the past (by past I’m talking some years ago) about this issue, the government seem to have other things as a priority.  But here we are in 2017, and we still have no qualification yet.

If you’ve read some other blog posts on the FIA website then you’ll see business owners from up and down the country stating the need for a qualification time and time again.  Ideally the industry has said it wants something like a Gas Safe scheme, but for fire alarms and portables (and all the other sectors), backing for this has yet to happen.

But here is the thing, and this might surprise you: qualifications for the industry aren’t necessarily a new thing.

The real question is – why haven’t previous attempts at a qualification taken off successfully?  And by successfully, I mean, become the standard benchmark for the whole industry.

The problem is that there hasn’t been a completely dedicated fire qualification before – the study of fire detection and alarms has always been tagged on as an afterthought to other qualifications.  Unless learners decided to add the module for fire alarms, then they would never have had the chance to formally study FD&A systems.

When the chance to formally study FD&A systems was offered previously, it was simply a number of hidden modules tagged onto the end of a different qualification which omitted any reference to fire in its title altogether, essentially hiding the fact that fire alarms could be studied.

It’s sort of like you just had to know what you were looking for before you applied.  Which, if you think about it, isn’t exactly making a career in the fire industry stand out.

And that’s a whole other problem – the giant gaping skills gap that only seems to be getting bigger and bigger like some kind of whirling gaping sinkhole.  This sinkhole seems to exist because the industry is so small, and so niche and unheard of, that people simply don’t think to look for jobs in our industry.  And not having a 100% dedicated qualification seems to be part of that problem.  We’re just not obvious enough.

Apprenticeships
However, that said the government are pushing for people to join apprenticeship schemes in order to join not just our industry – but every industry across the UK.  Generally, these are marketed towards the younger end of the working spectrum – those just leaving school or college.

‘Apprenticeships combine practical training in a job with study.

As an apprentice you’ll:
•    work alongside experienced staff
•    gain job-specific skills
•    earn a wage and get holiday pay
•    study towards a related qualification (usually one day a week)

Apprenticeships take 1 to 4 years to complete depending on their level.’

But what about those that are thinking of changing careers?  Or those that are of a slightly older age and have a bit of experience behind them but perhaps not the qualification?

To those of us that aren’t living with parents and have a house to run (or maybe a family of their own), an apprenticeship may not appeal since apprenticeships usually pay a smaller wage and could potentially take a lot longer to complete than people might like.

Sometimes I think that if we had a dedicated qualification in the fire sector, it would be giant neon flashing sign that we need that would funnel people into the industry and give them the careers starting point that they need – especially those career changers.  They might be able to get qualified faster, keep their current job until they’re qualified, and then hop jobs when they’re ready.  Which might be a more practical option for some people.  It’s all about making the fire industry accessible to all at any stage of a person’s career.

There is so much truth in the saying that there are no half measures.  If we’re going to have a qualification for the fire industry, we should go the whole hog and make it a qualification that is 100% about what learners and applicants for job vacancies need to know, without being a hidden mystery bolt-on module of another qualification.

We are our own subject. 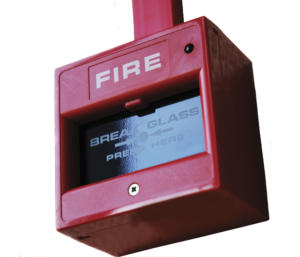 The City & Guilds held the qualification that had a module in FD&A systems as described above, as an additional add-on, rather than a true qualification in the fire sector.

However, the take up of the module was slow, and this was mainly down to the fact that only 5 colleges in the whole of the UK ran the fire module.  How on Earth people were meant to be able to study at one of only 5 colleges I do not know, but of course that meant that uptake was really quite slow.

Another hiccup with the module was the location of the five colleges – one was in Birmingham, which would have been an excellent base, but other colleges were far more remote and considerably further away from any large towns or big cities.  Yeovil was one them.  And if you don’t know where that is, then neither did all those people that could have taken the module in FD&A systems, but didn’t.

Slow take-up was a problem that haunted the past and it really needn’t have done so.  If there had been more colleges – in better locations – i.e. near big cities, then there would have been more people willing to do the course.  That’s why if there is going to be a qualification offered, it needs to be offered much more widely on a national level in places that are within easy reach.

Colleges need to make a return on their investment, that’s a simple fact.  And it seems that in the past, with the slow take-up of the course that was offered, colleges simply weren’t getting their money’s worth, and therefore we ended up with limited availability.

Not a great start.

Here again we have that long road that sort of evaporates into a hazy forgotten mist.  You’d think that with the skills gap in the fire industry, which is not sudden and recent but has been steadily rising over the last few years, may have spurred people into seeking a career in the sector – and spurred them into wanting a qualification, even when it was offered.  But the truth is that the offering simply wasn’t prominent enough – obvious enough – and convenient enough – to gain much in the way of traction. 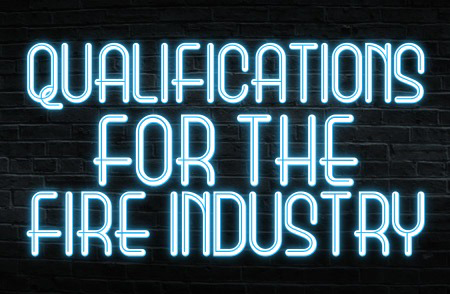 What the industry needs now

If one thing is clear, it is that if we are to have a qualification, it needs to be recognisable. We are an entire industry and we can’t be represented by one optional add-on module when there is so much ground to cover and so much to actually learn.
Our video, a mini documentary that explores the reasons why qualified technicians are so desperately needed in the industry, really covers all the ground here over why we need a qualification (I won’t harp on about it – watch it for yourself), and we have had hundreds of comments both online and in our various discussion groups about the fact that a qualification would really raise the bar of professionalism in the industry and help solve the skills gap.

We need a nationally-recognised qualification, that will be available throughout the UK – not just at a few locations.  We need a qualification that will stand out and act as a signpost to those thinking of joining the industry.

And if the FIA Survey is anything to go on, we need a qualification that is suitable for each specific job role, not just as a general blanket one-size-fits-all approach.

It’s time for the industry to stand together. Qualifications are the future.