Questioning the integration of fire and security

Should businesses offer both? Or specialise?

Fire and security are two areas that are often grouped together, because they are so inherently linked.  These days, the Internet of Things is bringing better solutions slowly to the fore, allowing fire detection and alarm systems to send signals to the security and access control systems and vice versa.

But historically, this hasn’t always been the case, and although innovations are beginning to lead the way in the built environment, there is still some ground to cover and some headway to be made in making a fully integrated and innovative system.

My view is that, historically, fire systems and security systems have always been separate, chiefly because of the differences in what they protect. With security, the primary concern is property, whilst with fire it is life safety. Fire of course drifts into property protection, and you’ll find a lot of insurers now are more interested in protecting the building than the people, because ultimately there is a larger pay-out figure for a building rather than a human fatality.

An insurance company might only pay out £40,000 for human fatality, whereas a building burning down could be as much as half a million pounds or even more.  What will to the insurance company focus on? The building, naturally. So it’s really to do with the user and the consultant and everybody’s involvement about the moral side of what they’re doing. And to be honest, if a person dies in a fire, insurance companies will pay out what they pay out – but the person who is responsible for the inadequate fire alarm system will go to prison, because he or she hasn’t given due care to the people inside the building. 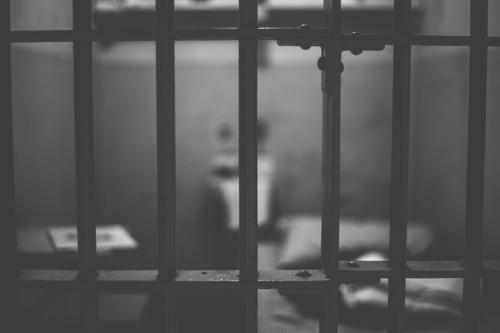 It is the duty of the Responsible Person to say ‘I want life protection in my building to protect me from getting sued in case people die’, OR ‘I care about people in my building’, and get a fire alarm system installed correctly.

The fire alarm system is often begrudged by building owners and Duty Holders/Responsible Persons because they have to have one, according to legislation. It is a cost that is often forced upon them.  However, the security system is not in any way mandatory. Technically, you don’t legally even have to lock your front doors. Your insurance company won’t pay out in the event of a theft from the property, but legally, nobody has to lock it, and nobody is going to enforce your lack of security system or CCTV system.  The only people that will say that will be the insurance company – else the building is a liability.

Building owners have no legal duty to protect the building, whereas they do have a legal duty to protect people’s lives.  You’ll often find that the fire protection is kept separate, because the standards are high. The equipment must be third party approved, and all products must comply with certain British and European standards. Conversely the security system doesn’t have such stringent measures placed upon it.  You could go down to the local electronics radio shack and they’ll say ‘this is the latest gizmo’ and a purchase can be made then and there. You don’t even read if it’s CE marked on the back, it’s irrelevant. It makes no difference whatsoever to your security system whether your products are approved or not approved. 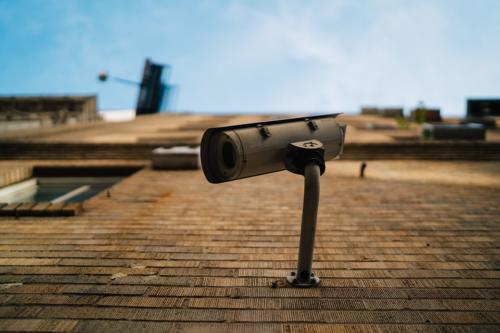 But fire systems are inexorably different due to the legislation and the need to protect people’s lives.  Buying a fire alarm system ‘off the peg’, so to speak, isn’t something that is easily achieved (or recommended).

Fire systems are very legislated. Everything within it must be code-driven, must be third party approved, etc. so the bar is very high on fire, whereas with security you can do anything.  We all know you can pop down to the shop and buy a security system off the shelf. It’s based on how much you want to spend and what risks you are willing to take.

Fire is slightly different to security in terms of risk. If you’ve got an old warehouse, and it’s full of cement – you’re hardly worried about it going up in flames. But if you’ve got a hospital, with people who are sick who will have difficulty getting out (or a care home, for example), you want to be very vigilant with your protection. So it works in the same way about the risks to people or the value of the goods. Security and fire are different for those reasons.

But technology is changing things, and the future of fire and security systems is looking like they will become more and more integrated. This is specifically down to the Internet of Things (IoT), and wireless, where protocols now are common. For the past twenty-to-thirty years now, fire alarm systems and security systems have begun to integrate more and start talking to each other. From now on, we can expect more innovations leading to greater amounts of integration between the two systems.

The level of integration that we can expect over the next few years, from a range of innovations that are being produced globally, will mean that security professionals will have to keep educating themselves in fire systems.  Standards and codes are constantly reviewed and changed, so this is why it is imperative to stay up to date.

Education in fire systems is so vital because there are different rules and regulations in fire. There is also much higher level in compliance to standards and approvals. The security installation is about doing the job in a technically accurate way; making things work, putting the right wires in the right place. Electronic security is all to do with functionality, whereas fire is also about code. Professionals have to understand the fire codes to install a fire alarm system.

Since the integration of fire and security systems is happening on a product level, it may well be worth questioning if businesses should specialise in fire, or specialise in security. Alternatively, perhaps there should there be more integration between the two business areas overall.

Let’s be honest: it is commercially viable to do both. Businesses limit their options if they just do fire, or they just do security. It is logical that businesses will want to do both, since the wider your scope is, the wider your impact for the company. After all, the primary aim of any business is to make money. 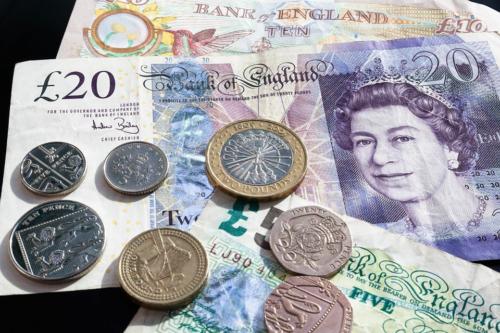 Since electronic security systems and fire detection and alarm systems both run on low voltage power supplies, from a business angle it makes sense to offer both to potential clients.  But the key is this – the training must be strong.

If the training is good enough, one individual, so long as they are a good qualified electrician, should be able to install both fire systems and electronic security systems.

The only difference with installing a fire alarm system is being able to understand the standards – so they know how to install with these in mind.

However, the two ethics of fire and security are different; fire systems – if not installed correctly – can put people and buildings at risk.  There are certain things that you can and can’t do with fire codes that are learnt through experience. Of course, businesses will morph towards doing both fire and security systems, because they want more orders and more profit. Nobody can afford to say ‘I only do fire alarm systems’.  There’s very few companies that do just one and not the other.

Should businesses offer both fire and security systems?  Should there be more business integration as product integration moves us swiftly forward through the 21st century?

Yes.  But here’s a cautionary tale if ever there was one: education and training are of vital importance.  If you train people strongly in their respective disciplines, there is nothing wrong with them doing multiple jobs.  However, businesses that wish to expand into fire must be prepared to put down the groundwork and get their staff trained and properly qualified. Only then may we continue to change and evolve alongside a rapidly advancing technological sphere of which we are all a part.