When selecting a detector there can be a number of issues that arise from choosing the wrong type of detector for the area it needs to protect from fire.  For those that perhaps have less experience in this area, it can get confusing – do you use an optical smoke detector, ionisation, or multi-sensor detector?  However confusing, errors can easily be avoided by following the standards set out in BS 5839-1:2017.

Commonly, the main problems that people face when selecting a detector are to do with ensuring that the detector is suitable for the fire risk present and, also, that it does not respond to sources of non-fire phenomena.  Doing so can give false alarms, which negatively affect people’s trust and reliance in the fire detection and fire alarm system (a fact that unfortunately may mean reluctance to react when the alarm sounds).

During the design of a fire system, consideration should be given to the fire risk(s) and the false alarm risk(s). Fire detectors are selected depending on the nature of the protected area and the risks associated with it. Often, this involves utilising different fire detector technologies in order to meet the diverse needs of both fire detection and false alarm rejection in each scenario.

Single-sensor detectors (e.g. optical smoke detector, heat detector) are suited to the detection of certain fire risks. Selection choices need to be made carefully to optimise the detection of fire but also minimise the occurrence of false alarms. The deployment of multi-sensor detectors means that the system could potentially detect fires earlier and yet avoid troublesome false alarms to a greater extent too.

The choices and decisions concerning which detector types to use, are initially made during fire system design but are also sometimes re-visited, and even modified, during commissioning and/or maintenance. They are not always well recorded nor is the rationale behind them. At a later time, for example during a maintenance visit, this can give rise to confusion. A clear understanding of the original reasons behind the choice of detectors and how they are configured is needed, in order to verify continued suitability.

Aside from multi-sensor detectors, a visual inspection of a fire detector can often provide sufficient information to a maintenance technician, to allow in-situ functional testing to be undertaken (e.g.
in the case of a smoke detector or a heat detector).

However, in the case of multi-sensors, the type of detection employed within it and its settings, modes or specific configuration which govern its detection performance to the risk, are not apparent from a visual inspection. This information may not even be available from the CIE. In all cases, however, there remains the need to know the detection principles and to understand the reason for the choice of that detection, relative to the risks perceived in the protected area. 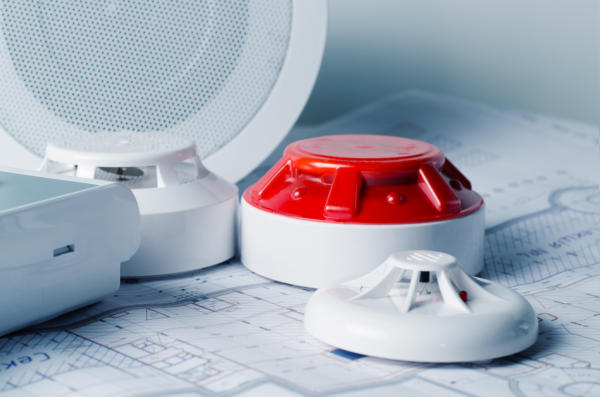 How does the type of detector affect the overall system?

Certain types of detectors are designed to be very sensitive to certain products of fires. For example, optical smoke detectors respond very quickly to dense smoke that may reduce visibility in escape routes. Although this can be seen as a good thing, such detectors might also respond to non-fire products such as vapours or steam from kettle or showers. This will be regarded as undesirable false alarms or, as far as the Fire and Rescue Service (FRS) is concerned, unwanted fire signals – a cost that is estimated to be around £1 billion a year.

To avoid false and unwanted alarms, selecting the right detector can mean all the difference.

By way of example, a warehouse may be a particularly dusty environment from the materials that are stored or manufactured within it.  In this instance, an optical smoke detector is unlikely to be the best type of detector to use, since they are designed to detect small particles within smoke.  As such, they are likely to produce unwanted alarms.  Designers must therefore consider carefully the types of false alarm risks present before selecting a detector.

Learn about the FIA's joint research with BRE >>

The process of selection

The process for deciding the right type of detectors is a two-step process.

First, it is important to analyse the fire risk and, from that, select the best detectors for detecting that type of risk.

Fire risks can be defined as a material, substance, or action that increases the likelihood of an accidental fire occurring.  For example, electric wiring is a potential fire risk, which when burning produces smouldering white smoke.  Using multi-sensor detectors or optical detection would be the best type in this situation – though it needs to be considered against the second step (outlined below).

The second step in the process is to consider which non-fire phenomena are likely to arise, within the specific areas to be protected – whether this is steam, smoke, dust, high ambient air flow, or rapid thermal change. The type of detector selected can then be refined to ensure the correct balance between detection and avoidance of false alarm.

However, if you aren’t familiar with the types of risks and the protection that different detectors offer, this may be difficult to evaluate.  Thankfully, there is help available from the Fire Industry Association (FIA). 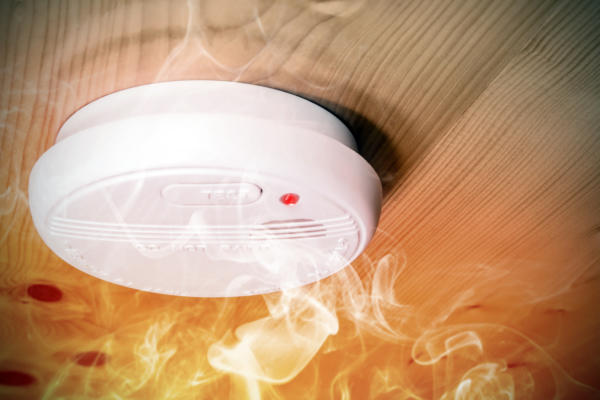 Assistance in the selection process

The Fire Industry Association (FIA) has created a document called ‘Fire Alarm Detector Applications and Documentation of the Selection’ to assist with the process of selecting the right type of detector based on false and unwanted alarm risks.

Initially created as part of the FIA input into the revision of BS 5839-1 (published in 2017), the FIA subsequently updated the document to ensure that detection technologies not included in the original document were also taken into account. Specifically, aspirating smoke detection (ASD), line type heat detection, and beam detectors were added.

The document is designed to help people chose the correct detection technology for use in specific situations, taking into account the fire risk present, as well as the possible sources of false alarms which may be present.

This document is intended to assist with the task of selecting and clearly recording the type, sensitivity and settings selected for all detectors, including multi-sensor detectors, relating to the perceived risks.

The guide begins with a simple, easy-to-use flowchart to help aid the selection process and solidify each step – since there are other factors beyond considering the fire risks and the risks for false alarms mentioned in this article.

In addition, the document also includes a Detector Selection Table. It is a template to allow the documentation of the main risks and all decisions and reasoning behind the detection choices made, either during system design or at the time of any subsequent change to the fire detection. It is intended to assist designers, commissioning engineers and service/maintenance technicians, to keep good records of their detection choice decisions and rationale.

Since fire risk matters too, only detector types best suited for a particular risk should be used to detect the potential fire.  To help with the selection, the document also has a table about false alarm risks, i.e. steam, smoke, dust, sparks or naked flames, or rapid thermal change.  The table is given to assist the system designer in the process of assessing which types of detectors are most likely to give false alarms in given situations. This will enable the designer to be more aware and end up with a more informed decision.

By following the guide carefully – and used in conjunction with the similar information given in BS 5839-1 – fire detection and alarm system designers should be able to provide buildings with a high level of fire protection.

If you wish to get your hands on the guide, entitled ‘Fire Alarm Detector Applications and Documentation of the Selection’, it is available to download free of charge from our website.  Simply head to the Publications Library under the ‘Resources’ tab of the website, where you can download it as a PDF and either save it or print it to your heart’s content.