Here is our Fireside Chat with Andy Scott. This interview touches on the importance of innovation, the industry's need for qualifications appropriate to the work being undertaken as well as his keen interest in automotive design. 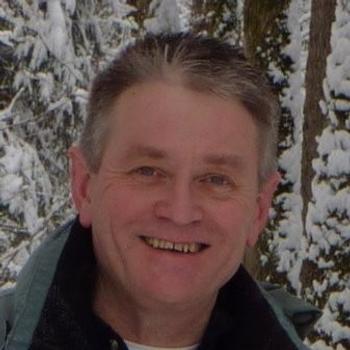 I’m Andy Scott and I am the Projects Director at C-TEC.

I normally deal with projects that are outside our normal processes, figure out what the question is and (hopefully) come up with useful outcomes. I am also active in British and European Standards including being chair of FSH/12/5 Fire alarm devices, and in various organisations, such as the FIA.

I started my working life as an apprentice in the Post Office Telephones, which later became BT. Although I have an engineering background, I have always been interested in the commercial aspects of business as well as the technical, so when we stared C-Tec I called myself the Marketing Director.

I have been married for 45 years, have two children and four grandchildren.

How have you been affected by Covid?

From a personal point of view, it was very difficult not to be able to see my children and grandchildren because they live a couple of hundred miles away.

I also missed a ski season - which is a shame as I need as much practice as I can get.

From a business point of view, it was very stressful not knowing what was going to happen next and trying to deal with the knock-on effects, some of which are still very much with us.

However, there has been one huge positive: I used to spend 30% of my time travelling to meetings in London and Europe. This meant I was away from home far too much (but may explain why my wife still puts up with me).

Although face-to-face meetings are starting to happen again, people are much more willing to work remotely, and I don’t see myself ever travelling as much as I used to.

Do you have any pets?

No, I like dogs, but I have never been willing to take responsibility for one, especially when my wife and I were both working.

What is your favourite movie of all time?

Dr Strangelove - I saw this at school soon after it was released, and it made a big impression.

It is a cold-war era film about what could happen if the wrong person pushed the wrong button, and it played the situation for laughs.

It doesn’t have a happy ending...

Describe yourself as a teenager in 3 words

Nerdy, awkward, pain in the neck

What is your biggest pet peeve/hate?

The poor standard of English taught in schools for the last 50 years.

I was a pretty average student, but the emphasis on freedom of expression and ignoring the ‘rules’ of English that help make meaning clear, means that we have a lot of very intelligent people who cannot express themselves clearly.

If you could be from another decade (or era) which would it be and why?

I was born in the fifties and grew up in the sixties and seventies when pop-culture and music was exploding, so it was a pretty good time to grow up.

If I had to pick a different time, I would say the early Victorian era, when the industrial revolution was developing.

What is your favourite quote and why?

Whatever can go wrong, will go wrong.

It’s a general truth rather than a quotation but I have learned the hard way how true it is!

If you weren’t in the fire industry - what would you be doing and why?

Automotive design - I spent most of my school lessons drawing cars but I did not know how to get into the industry.

I was a member of the Vauxhall Craftsman's Guild, which held a car design competition that included taking your design from paper to wood and from wood to clay and then submitting a scale model to be judged.

Some of the designs are on our roads today.

Or maybe an architect. When I wasn’t drawing cars, I was designing houses.

What is on your Spotify or iTunes ?

The Grenfell Tower Inquiry Podcast - I have listened to every episode.

Dan Carlin’s Hardcore Histories - his descriptions of the pacific war are incredible.

Several BBC podcasts such as Inside Science, The Infinite Monkey Cage, More or Less and a brilliant series called 'Putin'.

I listen to Radio Six and I Shazam any music I like and add it to a playlist.

The first item is Beethoven’s violin concerto and the last is Sweet Addiction by Yuksek.

If you could have any three people (dead or alive) over for dinner - who would they be?

What two things would you take to a Desert Island?

A set of tools and a solar powered music player.

Name a book, movie or tv show the has positively shaped you and why?

What on earth Happened. The Complete Story of the Planet, Life, and People from the Big Bang to the Present Day - by Christopher Lloyd.

One of the few books I have read twice.

It provides a succinct and highly readable summary of everything from the Big Bang, through the creation of the elements, stars, planets, the earth, life, humanity - and then it gets really interesting when it talks about how humans have always used technology to try to make their lives better (although not necessarily to help others).

If you were an animal, which animal would you be, and why?

A Red Kite - these magnificent birds were saved from extinction by one of the world’s longest running protection programmes and they are regularly seen over the Cheshire Sandstone Ridge near my home.

What is the best gift you have ever received?

My wife bought me a steel sculpture of a dragonfly that was made by a local artist - it’s about three feet wide and takes pride of place next to our garden pond where it complements the water and the plants.

What it the favourite thing in your closet right now?

A pair of Gurteen stretch chinos - when I can get in them.

If you could have one superpower what would it be?

The ability to teleport myself - it would save so much tedious travel.

What is the most interesting place you have been with their industry?

There are a few - A missile factory in Northern Ireland, the basement of Buckingham Palace and all over the Royal Courts of Justice.

What is the most important piece of advice you have ever received?

I was told that I would never be any good as a technical sales engineer - it was important because it made me determined to be successful.

What time did you get to work this morning

I work from home most days from 08:30 to about 7pm except Wednesdays and Fridays when I go to the gym and start work at 09:30

Mostly I respond to emails, attend standards meetings or work on my current projects.

How does your work and family life come together?

When my children were growing up, I worked very long hours, but I always made it to parents' evenings, school plays etc. and I made sure that holidays were uninterrupted (which was a lot easier then than it is now).

My wife sometimes comes with me on work trips - she scopes out the area while I am in meetings and then I take a day off and we go to see the most interesting things together.

This has taken us to some interesting places in Europe that we would otherwise never have visited.

What makes you excited about the future of this industry?

The thought that if we can learn to get out of our silos, we can help protect people, property, and the environment better than we do now. I am also thrilled to be involved with a company that is bringing some truly innovative products to market that will help better protect people, especially in tower blocks.

What does the fire industry need?

Recognised qualifications that are appropriate to the work being undertaken.

What we do is worthwhile.

What matters most to you?

What would you tell yourself at the age of 21?

Have more confidence - there are opportunities all the time, you just have to be in a position to take them.

I like solving problems - whether at a technical level or an organisational level.

Where do you want to be in five years?

Why is the FIA important to you and the industry?

It provides a single point of contact between its members and the rest of the society, such as government, standards organisations, and other trade associations.

What do you want to say to the readers?

Working in the fire industry is ultimately about keeping people safe. I don’t think any of us should lose sight of this. Our work can save lives.