Meet the high flying women of the fire industry

In celebration of International Women's Day (8th March), a day to mark better equality for women in the workplace, the FIA decided to track down three women in the industry to give their stories of how they got to where they are today.

Two women are Managing Directors, whilst another is a Business Development Manager, and each has an intriguing story - and some helpful advice to give to any other women in the industry who may be just starting out or considering a career.

So in celebration of #BalanceForBetter, here are their stories... 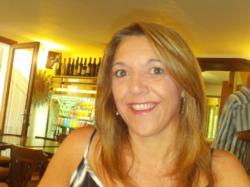 "15 years ago or so I joined the fire service, first fundraising for the fire fighter charity, and then later at the fire service college. I’ve been at Primetech for the last 7 years.

"I think honestly it is all about having confidence to work in a male-dominated arena.  You need to be confident about what you’re doing and saying.  I also think that having the right experience helps.

"Although the industry is male-dominated, it is changing for the better.  These days firefighters are firefighters – there aren’t ‘firemen’ anymore.  Many years ago, the fire service was a job for men, but not these days.  These days there are female Chief Fire Officers and so long as you have the potential, it doesn’t matter whether you’re male or female.  Women have a lot of potential.

"For me, there weren’t really any barriers as such to getting a career in the fire industry except for lack of experience when I first started, so it was a big learning curve.  So long as you work hard, you’ll get noticed.  We all help each other out and work together, like a family.

So long as you have the potential, it doesn’t matter whether you’re male or female.  Women have a lot of potential.

"Personally, I am really proud to work in the fire industry, and to be Vice Chair of the FIA's FIRESA Council.  It’s a challenging role but it’s worthwhile because you’re helping keep people safe. 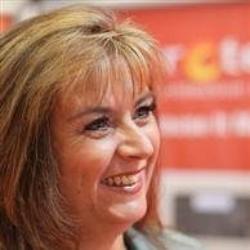 "I joined the fire industry in 1990 as an Executive Assistant to the Managing Director and Financial Director of Apollo, and slowly worked my way up to Sales and Marketing Director.  I was the first female director on the Apollo board.

"In 2009, I set up my own fire company, Eurotech Fire Systems, where I am Managing Director, and I am a Director on the FIA Board, something I'm really proud of.

"I also have two children and an MBA – proof that it is possible to manage that work/life balance. Women in the workplace should be celebrated. Women have so many extra skills in managing their homes and families as well as their work, and this is often overlooked.

"When I joined, there really weren’t any female role models in the industry and we are still lacking women in the industry as a whole. Unfortunately, until things change, it is a male industry, which is a shame because it is a great industry to work in.

"The fire industry is a very exciting industry that touches every person and building.  Life safety is something I am very passionate about, and I actually became more passionate about it when I became a mother.  My boy’s nursery didn’t have any fire detection, so I paid for them to have a system put in place as I couldn’t bear the thought of him going to nursery without a fire detector.

"Like many people in the industry, I joined for the role but stayed in the industry because life safety is something you can be proud of in your working life.  What’s more sexy than saving lives?

In some ways I think it is sad that we need to celebrate International Women’s Day.  People should be celebrated regardless of gender.

"It can be challenging to be a woman in a male dominated industry – and sometimes quite lonely, especially in field sales.  Men are quite happy to go and sit in a bar alone and network with other men, but for women this can be uncomfortable.  It’s important to remain confident and be confident in your own environment.

"In some ways I think it is sad that we need to celebrate International Women’s Day.  People should be celebrated regardless of gender.  For this industry though, it is important to highlight the lack of women in the industry and the fact that women should consider it as a career option. Through the fire industry I have met some fantastic people, been to fantastic places, and been part of a fantastic community of professionals.  We should definitely celebrate women, but for their credentials, not just for being one of the few women in the industry.

"It’s not a ‘normal job’ – you’re helping to save lives and protect people from harm.  I’m delighted to be able to say that my two boys are proud of me and what I do.  On top of that, they are more aware of risks from fire, which as a mother as well as a professional, is something that I take comfort in.

"Being a woman in a male dominated industry, the last thing I’d want is to be hired for a job to tick a diversity box. I think that would be a huge insult.  I got where I am because of my knowledge and attributes, not because I’m a woman. That said, working in this industry you do have to be assertive, you do have to be confident, and you do need to prove that you have an excellent knowledge of the technical side of things.

Being a woman in a male dominated industry, the last thing I’d want is to be hired for a job to tick a diversity box. I think that would be a huge insult.  I got where I am because of my knowledge and attributes, not because I’m a woman.

"The one thing that women joining the industry need to remember is that yes – it is a male dominated industry – but most people are very friendly and are more than happy to help.  The key thing is not to be put off and realise that men can be pulled aside and asked questions.  There’s much more to the industry than people think.

"As for the 1% of men that might have the perception that a woman in this industry doesn’t know what she’s talking about – take it in your stride and enjoy showing them that you do know just as much – or more – than they do! 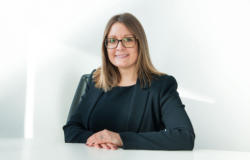 I am a Director and Shareholder within Diamond Systems, an NSI Gold Fire and Security company based in Belfast.  Diamond was established in 1987 by my dad, Tom Snoddon. My brother Steve and I work in the business as Joint Managing Directors. When I first left University, I trained and qualified as a Chartered Accountant with Grant Thornton, before joining the family business in 2008. I was able to apply the skills I had learnt working for a global professional firm, to my new role in Diamond. Initially I was responsible for the accounts within the business, but over the last number of years, my role has grown into other areas including HR, marketing, and business development. I enjoy the variety of the role and the challenge that it presents. It is also exciting to be growing the business into new markets and sectors, and I have recently rebranded the company to give it a more modern look, but with the same great service.

Why do you think it is important to celebrate International Women’s Day, and what does it mean for the fire industry in particular?

It’s important to recognise the contribution of women in today’s business world, and to celebrate their success. As the mother of two daughters, I am a huge advocate of promoting equality in the workplace and I try to set an example for them that there are no limitations to what they can achieve.  I am looking forward to attending the Institute of Directors Women’s Leadership conference in Belfast on International Women’s Day. For the Fire Industry to publicly mark the day is important, as it traditionally has been seen as a male dominated industry, so it sends out a very positive message to any females considering a career within the wider fire industry.

Locally, we have a female Chairperson of the Northern Ireland Fire and Rescue Service, Carmel McKinney OBE, and this sends a very clear message to females that the fire industry is progressive and is embracing gender equality.

I think the fire industry is, and will continue to be, a very male dominated industry. By the nature of the work involved at an operational level, more males than females are entering the industry each year. However, it is definitely becoming more open to females and there is no reason why a female cannot do very well within this industry. We recruited a female alarm engineer in 2016, and the basis for selection of new staff for us is always about competency, irrespective of gender. Locally, we have a female Chairperson of the Northern Ireland Fire and Rescue Service, Carmel McKinney OBE, and this sends a very clear message to females that the fire industry is progressive and is embracing gender equality.

Is there a female fire safety community that you feel a part of?

Through my own networking I have got to know people like Carmel and other females in the industry who are involved in Fire Risk Assessments. But as yet there is no female fire safety community established locally. Perhaps it is something that could be developed as we are seeing more female led networks starting up in Northern Ireland such as Women in Property etc.

For the Fire Industry to publicly mark the day is important, as it traditionally has been seen as a male dominated industry, so it sends out a very positive message to any females considering a career within the wider fire industry.

What message would you like to give to other women in the industry?

As a supporter of Apprenticeships, it would be great to see more females coming in to the industry from school, and this is something that we promote when attending careers fairs. I would encourage other women in the fire industry to reach out and connect with one another, via Linkedin or other networks. It is very beneficial to have a peer network, particularly within an industry that is underrepresented by females.