Celebrate history of the FIA

2016 is a year for the FIA to celebrate its history

At the Hampton office we hold the hand written ‘minutes’ books from the very start of both associations and we asked Mrs. Lynn Randle, who retired from Chubb having looked after their archives for many years, to read through them all and to dig out any and all pieces of interest. Throughout 2016 we plan to provide you with snippets and information gleaned from these minutes each week and hope they will be of interest. The sequence of the 52 comments jump from year to year but reflect the month that we will publish them in. 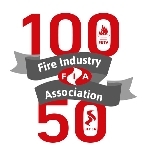 The New Year encourages new ideas. In January 1968, the Security and Fire Alarms Systems Association (SaFASA) decided to provide technical meetings to discuss current hot topics. The first, in February ’68, was addressed by the General Post Office (which owned the nationalised telephone landline network) on the subject of the carrier system, which was the original project to carry alarm signals along phone wires. It was supposed to start in ’71, and we were heavily involved in pilot projects but were still discussing it in ’83. The second technical meeting, held in ’69, was on ‘How security and fire protection might affect the city of the future’. The third meeting was planned for 1971 on ‘sprinklers and alarms’. This was a topic of current interest because property insurers were giving discounts to businesses which had sprinkler systems, but not to those which had automatic alarms. Obviously it would have been our view that an alarm reduced the risks to insurers, and we might have thought that the insurance industry was not moving with the times.

Throughout 1967 and ’68 BSIA (British Security Industry Association) and SaFASA (Security and Fire Alarms Systems Association) had been considering joining forces to become a single body representing the industry. This had not worked well – mainly because each thought itself to be the more important organisation! BSIA thought that SaFASA ought to become a member of BSIA, whereas SaFASA thought BSIA ought to go into liquidation and its member companies join us. (Despite this, both organisations worked very successfully together on a big project to start using the national telephone landline system to carry alarm signals, and also aimed to present a united front to all outside organisations and departments.)  Eventually it was decided to split fire and alarms into separate organisations. From 1.1.69 BSIA would represent security industries only, with SaFASA representing fire companies only; during the first month relevant member companies could move to the other side without entrance fee or ‘the usual formalities’ of joining. Each association would put a representative without voting rights on each-other’s council so that we would know what each-other was dealing with. At a 24.2.69 Extraordinary General Meeting, SaFASA agreed to a change of name, effective within days, and became British Fire Protection Systems Association Ltd as the Security firms would no longer belong.